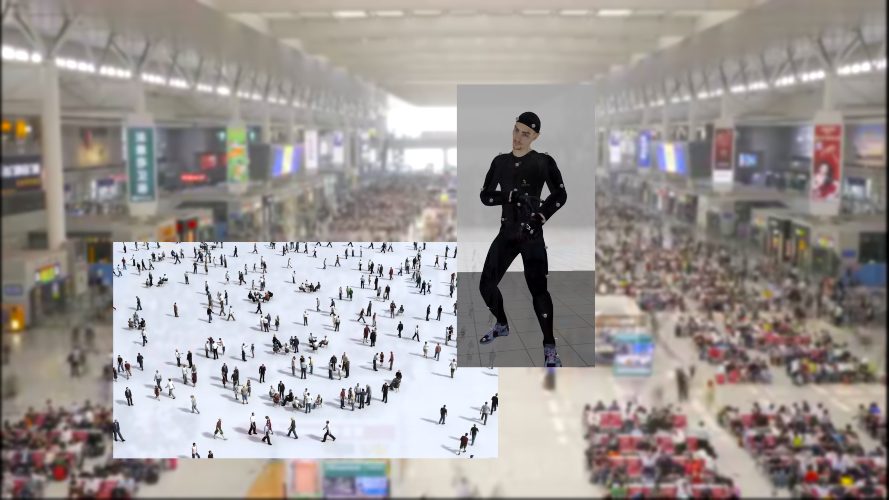 Originally used in computer games and for special effects in blockbuster movies, ‘simulated life’, driven by algorithmic predictions, is increasingly influencing many facets of the real world. From urban planning to disaster evacuation plans, market forecasts and crowd control, algorithmically simulated scenarios produce real world policies and events. Using a variety of images including filmed footage as well as simulations of crowd control software, Transformation Scenario is a meditation on ‘simulated life’ and the increasingly blurred distinctions between real and virtual experiences. This video is part of larger boy of work by von Wedemeyer that engages with the psychology and aesthetics of the crowd.

Clemens von Wedemeyer (b.1974) Lives and works in Berlin, Germany