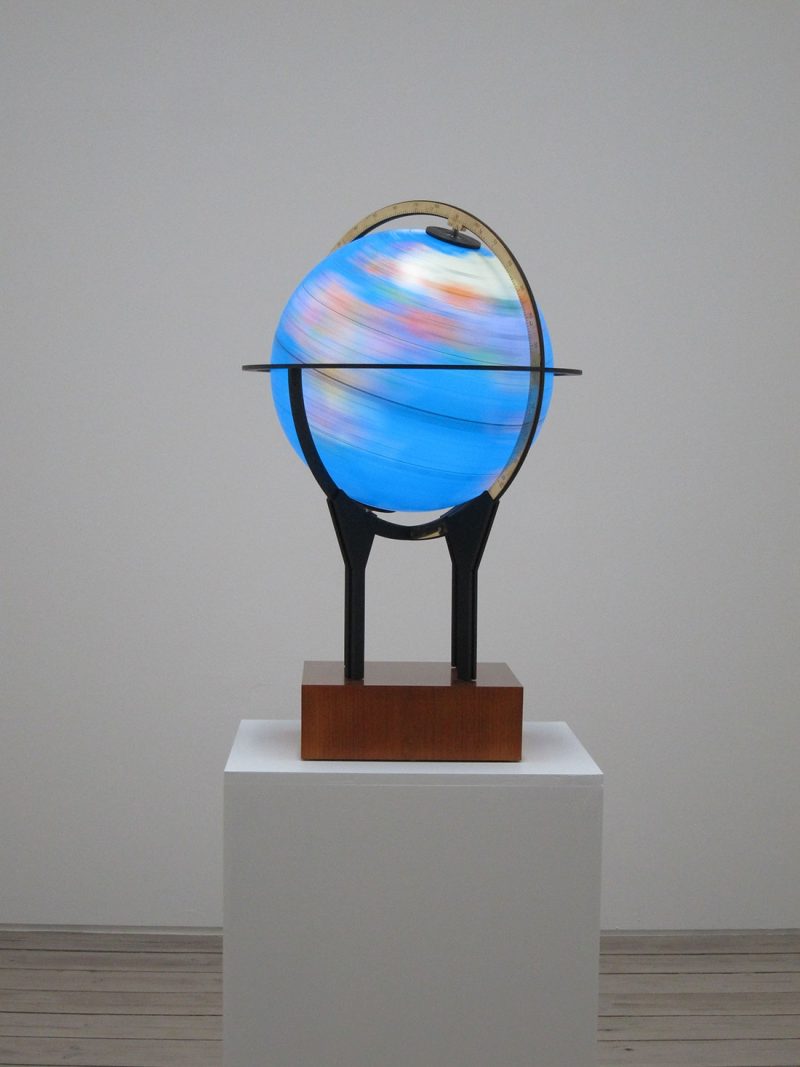 Souvenir is a luminous terrestrial globe, which turns so fast that it is impossible to distinguish continents and, within these, the geographical space of each country. The deliberate blurring of specific elements disrupts our perception of familiar images and national symbols.

Fayçal Baghriche (b.1972, Skikda) lives and works in Paris, France.

Mixing performance, installation, video and photography, Fayçal Baghriche undermines familiar points of reference by staging fundamental actions. Playing on discrepancy, the artist distances viewers from a normalized reality. He reveals through his works, the systems of identification, behavioral models or language structures that determine what we are and become a pretext for the poetic construction of another reality. Fayçal studied at Villa Arson in Nice then moved to Paris, where he helped to create an artist’s residency at La Villa du Lavoir in 2003. His work has been shown at numerous exhibitions, including Le Shed, Centre d’Art de Normandie, France (2017); Human Resources, Los Angeles (2014); The Delfina Foundation, London (2012); Bielefelder Kunstverein, Bielefelder (2010); and Centre d’Art Contemporain, Le Quartier (2010). His work has also been included in major international venues such as The Dakar Biennale, Senegal (2014); Gwangju Biennale, South Korea (2012); and Triennale of Sorocoba, Brazil (2014). Baghriche participated in the 54th Venice Biennial (2011) as part of the first pan-Arab pavilion.
www.faycalbaghriche.com