Composition for a Public Park 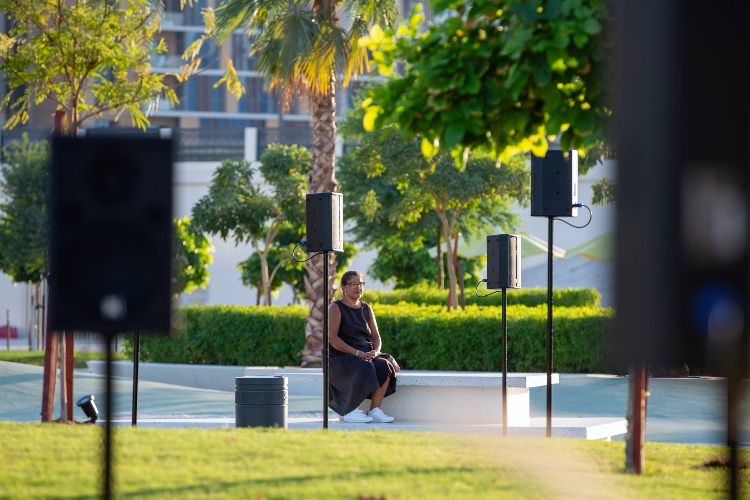 Composition for a Public Park

A musical artwork written to be experienced by moving through space, Composition for a Public Park is a large-scale, multi-lingual musical artwork by artist and musician Hassan Khan, featuring multi-channel music and spoken narrative. Unfolding in three simultaneous movements, and composed especially for a public park, the scale and diversity of the work is experienced as you walk through the Jaddaf Waterfront Sculpture Park. At the heart of each movement is a spoken libretto, written by Khan and presented here in three languages; Arabic, Urdu and English.

Originally commissioned for the Parc de Belleville in Paris, as part of La Nuit Blanche (2013) and later shown at the 57th Venice Biennial (2017) where it won the Silver Lion.