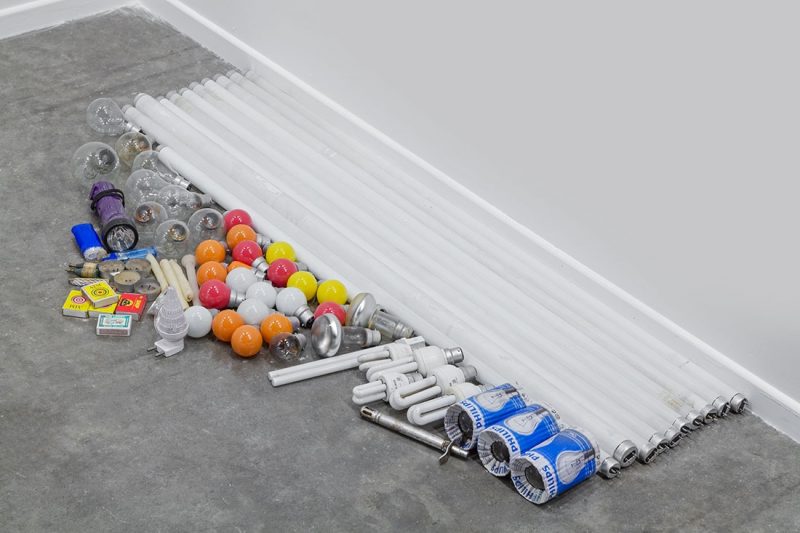 Jason Dodge received a BFA from Maryland Institute College of Art, Baltimore in 1992, and a MFA from Yale University School of Art, New Haven in 1996. His work draws together the practical and the tangible with the peripheral and the imaginary. His investigations over the last twenty years have explored our powers of perception and capacity to engage other senses beyond the merely visual. He cultivates an understanding that extends beyond categories such as sculpture, art, work and life, and suggests that thought itself has the potential to circumnavigate, if not transcend, the traps set by 21st century consumer society.

Jason Dodge’s work questions value systems through delegation, collaboration, shifts of perspective and the use of unexpected materials to suggest an alternative order underlying the ordinary. He recalibrates the category of sculpture make it a prop, or a prompt, for embodied perception and a sensory present. The sometimes rudimentary, seemingly unfinished objects, sculptures and installations consist of simple items removed from any and all functional contexts. Only their titles reference, in merely a few words, the curious combinations of materials, puzzling backgrounds and locations.

Dodge often employs the services of others in making his works, delegating production and emphasising various forms of labour; activities that together constitute the material of the everyday. For Darkness falls on 6a manik bungalow Om siddharaj society Hrishiwan Borivali east Mumbai 400066, he employed the owner of the house to remove everything that produces light from a house in India. In combination with the title, the light bulbs, neon tubes, candles and matches which at first seem like an arbitrary collection of illuminants, evoke the image of an abandoned house.

Dodge goes beyond the silent dimension of the object to reveal its narrative potential – a remote house at the edge of a forest, the darkness that consumes it, the atmosphere it exudes. The ‘once upon a time…’ from a fairy tale reverberates in the implied story of the familiar objects.

Jason Dodge (b.1969, Pennsylvania) lives and works in Berlin.

Jason Dodge’s work combines the peripheral and imaginary with the practical and tangible. His twenty-year investigation explores the power of perception and haptic sensibility to engage other senses beyond the visual and cultivate an understanding that thought itself has the potential to both circumnavigate and transcend the traps of the 21st century consumer society. Jason has had solo exhibitions at Neubauer Collegium for Culture and Society, Chicago (2018); Galleria Franco Noero, Turn (2018); Schnikel Pavilion, Berlin (2017); Mercer Union and Kunstverein, Toronto (2016); and Centre d’édition Contemporaine, Genéve (2015). His work has also been part of various group exhibitions at Meessen De Clercq, Brussels (2019); Centre Pompidou-Metz, Metz (2018); Triennial Beaufort, Belgium (2018); and The Israel Museum, Jerusalem (2017). His work is housed in the permanent collections of Corcoran Gallery of Art, Washington; Moderna Museet, Stockholm; Solomon R. Guggenheim Museum, New York; and Israel Museum, Jerusalem.