Untitled (All is well) 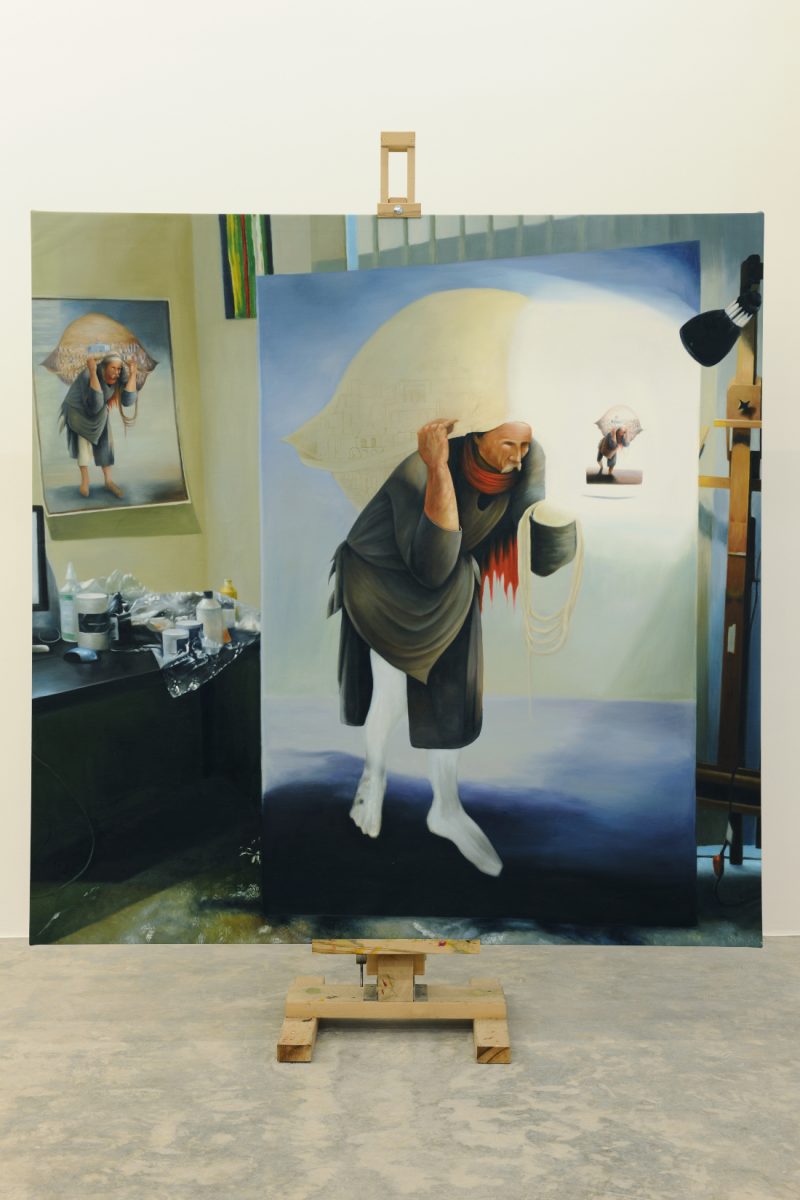 Untitled (All is well)

Oil on canvas and easel

In 1973 Palestinian artist Sleiman Mansour created Jamal Al Mahamel, which would become one of the most iconic images of displacement and loss. Depicting an elderly porter struggling to balance the load of Jerusalem on his back as he walks, the painting would be reproduced countless times and hung in homes, schools, shops and offices across Palestine. Purchased by Muammar Qaddafi and kept at his compound in Bab al-Aziziya, in 1986 Jamal Al Mahamel would be destroyed by American air raids on Libya. Here the iconic painting is seemingly reproduced, while the load of Jerusalem gradually disappears, prompting reflections on shared histories of struggle and their impact on the present.

Khalil Rabah studied fine arts and architecture at the University of Texas. His most recent solo exhibitions span The Middle-East (Beirut Art Center, 2012), the United States (e-flux, New York, 2013); and Europe (Kunsthaus Hamburg, 2015; Casa Árabe, Madrid, 2016), in addition to major group shows, including the Venice Biennale (2009); Mathaf, Doha (2010); Mori Art Museum, Tokyo (2012); The Thessaloniki Biennial (2013); The Kochi-Muziris Biennale (2014); The Marrakech Biennale(2016); The Sharjah Biennial (2017); the Carré d’Art, Nîmes (2018); and Manifesta 12 Palermo (2018). Over the years, his work has been acquired by major institutions including The Musée National d’Art Moderne Centre Pompidou, Paris; MACRO, Rome; The British Museum, London; The Guggenheim, Abu Dhabi; Mathaf, Doha; Kunsthaus Zurich and The Sharjah Art Foundation.Rabah is the initiator and artistic director of the Riwaq Biennale and a co-founder of Al Ma’mal Foundation for Contemporary Art in Jerusalem. He served on the curricular committee of Ashkal Alwan’s Home Workspace Program in Beirut, Lebanon from 2011 to 2015.