Steel Rings (from the series The Shortest Distance Between Two Points) 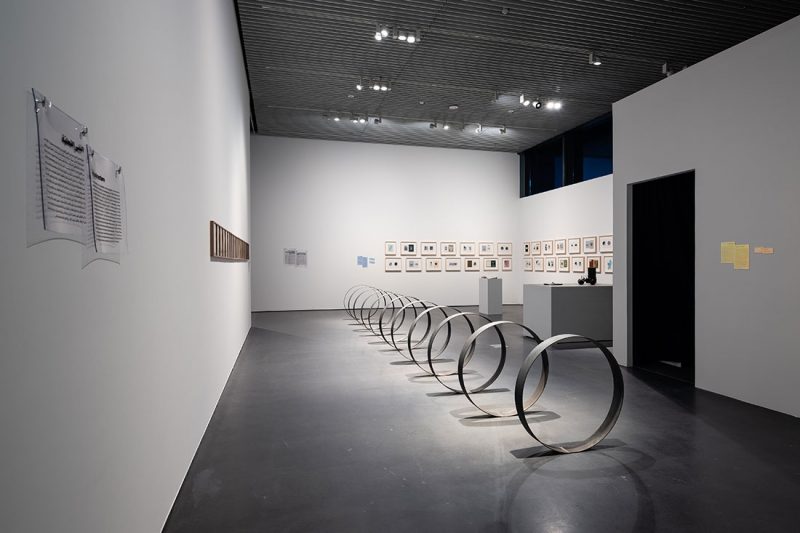 Steel Rings (from the series The Shortest Distance Between Two Points)

In the middle of the twentieth century, just as modern nation states were being formed across the Middle East, the growing distributional demands of the oil industry necessitated the construction of pipelines. Transnational by design, these structures compromised nascent territorial sovereignties by transgressing newly established borders in search of larger profits. The Trans-Arabian Pipeline (Tapline), which operated from 1950 to 1975, stretched from Al Qaisumah in Saudi Arabia’s Eastern Province, where it connected to Aramco’s local pipeline network, across Jordan and Syria to the export terminal in Sidon, Lebanon. It made the shipment of Saudi Arabian crude to Western markets faster, cheaper, and more secure, providing an alternative to transport by tanker around the Arabian Peninsula and through the Suez Canal.

Rayyane Tabet’s The Shortest Distance Between Two Points draws on the archive but does not use it as a source of information through which to retell Tapline’s history. Instead, he reactivates the archive materially, conceptually and phenomenologically through salvaged and repurposed artefacts and newly fabricated elements that repeat the pipeline’s essential linearity. Decayed letterheads recovered from the company’s abandoned offices in Beirut are arranged in a tight row on the wall. Freshly milled steel rings, made to the exact proportions of the Tapline and geotagged to index specific locations along its route, are positioned at regular intervals in a precise straight line. As Graeme Macdonald has argued, pipelines “contain” oil, both carrying and concealing it, naturalising our dependence on it by insulating us through distance from the environmental costs of extraction. Transposing the pipeline into the gallery, Tabet challenges its logic of containment by opening it up to scrutiny, allowing unprecedented access to its basic physical structure. In these carefully calibrated arrangements, Tabet materially manifests the pipeline’s abstract logic as questions or predicaments of form itself.

Rayyane Tabet holds a Bachelor’s in Architecture from Cooper Union, New York, and an MFA from the University of California, San Diego. Tabet’s work explores the relationship between history and the built environment. His multi-faceted installations often reconstitute the perception of physical and temporal distance. Tabet has had solo shows at Kunstverein in Hamburg (2017), daadgalerie, Berlin (2017), Witte de With Center for Contemporary Art, Rotterdam (2017), Museo Marino Marini, Florence (2016) and Trouw Amsterdam (2014). His work was featured in the 21st Biennale of Sydney (2018), the 15th Istanbul Biennial (2017), the 32nd Bienal de São Paulo (2016), the 6th Marrakech Biennale (2016), Sharjah Biennial 10 and 12 (2011 and 2015), the 55th Venice Biennale (2013) and the 2nd New Museum Triennial (2012). Named the best emerging artist of Sharjah Biennial 10, he is a special winner of the Future Generation Art Prize (2012) and a recipient of the Abraaj Group Art Prize (2013). He is represented by Sfeir-Semler Gallery, Beirut and Hamburg.