Compositions is an ongoing project that commissions composers to write original music in response to particular works exhibited at Jameel Arts Centre. The inaugural programme features UAE-based composers who worked with Da Coda Musiqaa to develop and workshop their original compositions throughout the year, culminating in a series of video performances in the galleries at the Jameel.

This first iteration of Compositions focusses on UAE-based talent to feature: Emirati composer Ibrahim Al Junaibi who took Dull Roar as his inspiration and Mei Tahnon who addressed White Man Got No Dreaming, both by Michael Rakowitz. Klip Lester related to Metropolis by Lubna Chowdhary; and a group of composers were inspired by To My Brother by Taysir Batniji to create a multi-form piece by Sara AlHajali, Tasneem Walid Kaakeh, Bayan Shaker Obeid, Majd Al Sabbagh and Zaid Sameer. David Dykov, Falah Sheikh Mohamed and Kamal Pillai responded to Formation III: The Dappled Light of the Sun by Conrad Shawcross.

Da Coda Musiqaa, founded by Kim Selber and Gulmira Abdukhalikova, is an initiative that aims to celebrate diversity in the arts by connecting and inspiring emerging musicians to collaborate and experiment as they develop their practice.

Music at the Jameel is a programme aimed at nurturing the cross-section between music and the arts and the work of upcoming composers and musicians.

Click here to learn more about the composers and musicians.

Composer’s statement: I explored the artwork, only to linger on the theme of history. My composition focuses on the cyclical connection between the past and the future. My composition reflects the emotions I imagine are portrayed in Michael Rakowitz’s Dull Roar.

Ibrahim Al Junaibi, Composer (Abu Dhabi)
Ibrahim is an Emirati composer who has nurtured a passion for music ever since he discovered the keyboard at the age of eight. Although Ibrahim was discouraged from pursuing his dream because his family deemed it culturally inappropriate, he continued to listen to and research music in order to understand the meaning behind the notes. Before long, Ibrahim was playing music by ear on his keyboard. Today, the determined Emirati pianist is composing music and making his parents and country very proud. When not at his piano, Ibrahim works as a public relations officer for an Abu Dhabi-based oil company.

Composer’s statement: The composition A Boy Under A Starry Night tells the story of a boy who sits under the night sky full of stars, imagining himself flying and pursuing his dreams. He faces some ups and downs through his journey to the sky to reach where he wants to be. However, noticing that he is just a normal boy under a beautiful night sky, he will never stop running after his dreams. The boy reflects the plight of two individuals struggling on separate continents – Vladimir Tatlin, a Russian-Ukrainian painter and architect in the former USSR, and an Aboriginal boy in Australia. The policies of their respective governments made it difficult for them to realise their dreams and visions. However, neither ever gave up on chasing their dreams for their whole lives. The composition is more oriented towards modern Japanese music and is played by piano to create a soft and uplifting sound.

Mei Tahnon, Composer (Umm Al Quwain)
Mei is an Emirati-Japanese piano player who started her musical journey at the age of five by the support of her mother who plays the piano as well. Mei is an architectural engineering student at UAE University who aspires to be a great architect.

Composer’s statement: When writing this piece, I wanted to capture a sense of creativity and emulate how the colourful clay sculptures fit together. Because all the sculptures are made of the same material, I decided to primarily use one instrument, the vibraphone, which I felt had a vibrant and bright sound to capture a bustling city’s lively atmosphere. As I wrote the piece, I imagined myself strolling through the city on a sunny day, taking in the sights and sounds with amazement.

The composition is made up of 12 vibraphone parts, auxiliary percussion and piano. It starts simply, with repeating chords, but as different parts come in, the piece increases in complexity, with many of the patterns being off-beat. The piece starts in E Major, though halfway through, it shifts to C# minor before returning to E Major. Near the end, the piano joins the vibraphones and percussion, creating a final, bass layer to complete the aural package. The parts grow louder until a final triumphant chord involving all the instruments ends the piece.

Klip Lester, Composer, piano (Dubai)
Klip is English/American Grade 12 student at the American School of Dubai. He is an aspiring pianist, composer and singer who began playing piano when he was nine years old and composing for his school choir and orchestra at twelve. He has performed at international choir festivals in Asia, Europe and the Middle East and worked as an Artist Intern teaching choir and composition to elementary students. His interests outside of music include baseball, tennis, dirt biking and go-karting.

Composer’s statement:
The composers’ statement below is a reimagining inspired by the artwork.

This composition brings together different cultures and traditions, blending traditional Arabic instruments (oud and derbakeh) with classical western instruments (piano and violin), creating a piece that aims to both celebrate and mourn life. A Palestinian wedding that has joyful music and traditional dancing starts with the traditional ‘zaghareet,’ or ululations. While the wedding takes place, a military general enters and shouts ferociously, stating that there is an emergency and enlisting in the military is mandatory for all men to stop the attacks. Thus, the joyful music shifts to a more frightening mood. The groom follows suit and enlists to protect his pride. Even on the day of his wedding, his country comes first. The bride waits anxiously in the wedding hall until one of the military men chimes in. His head low and voice cracking, he informs the new bride that she is now a widow and that her brave husband gave his life for his country. “Why is your voice low while you should be shouting? Raise your head and let the whole world hear”, the widow screams while crying. Her tears are a mix of pride and hurt. She then watches her groom entering their wedding one last time. Carried in his casket by his friends while the music continues to play to celebrate the forsaken war hero.

Composer’s statement: In Shukriya, I interpreted the sunny days as a challenge of the pandemic. The kaleidoscope represents the dedicated COVID frontline workers and the shadows represent the recovery and wellness of society. Though this melodious piece, I express my gratitude to the frontline superheroes who work selflessly to protect us.

Falah Sheikh Mohamed, Co-composer, vocal (Ajman)
Falah, whose family is from India, was born and raised in the UAE. He is currently pursuing a Master’s in Engineering Management from the UAE University. Falah enjoys singing and playing violin and is a member of the university’s orchestra. In addition to music, Falah enjoys athletics and is a member of four university sports teams. He speaks five languages. Falah is currently interning at a reputed hypermarket in UAE.

Kamal Pillai, Co-composer, guitarist (Al Ain)
Kamal is a multi-instrumentalist focussing on the guitar and melodic improvisation. Since the late 1990s, Kamal has been an active performer in various music groups, rock bands and is also a music teacher. Through teaching, Kamal discovered his life’s purpose. After moving to UAE in 2007, he dedicated himself to the art of teaching music in his new home, Al Ain.

David Dykov, Co-composer (Abu Dhabi)
David is Bulgarian and has lived in the UAE for eight years. David started playing the piano at the age of eight. He has gained valuable experiences from undertaking the ABRSM piano practical exams, where he recently achieved Distinction for Grade 8, and participated in the Emirates Peace Music Competition. Most recently, David has developed an interest in composing music. He has recently composed the first movement for a Cello Sonata for piano and cello. David is now in his first year of university in the UK. 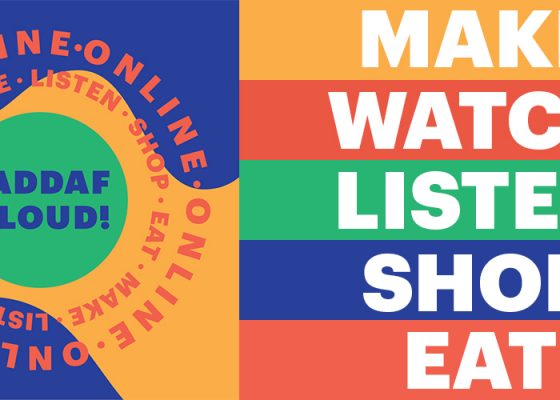 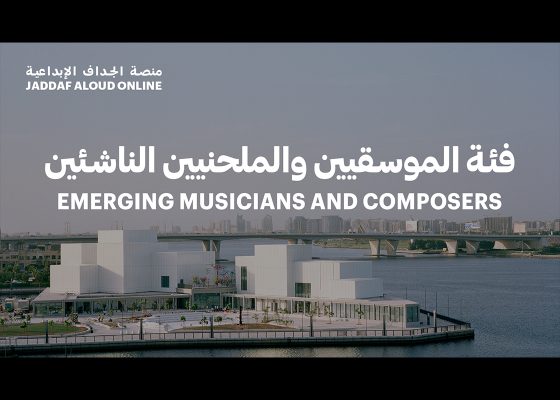