Join us for a film programme curated by Hind Mezaina at Jameel Arts Centre.
Make History: Filed and Concealed features five short films made by artists and filmmakers about the control and (in)visibility of archives and libraries.

The screening will be followed by a discussion between Hind Mezaina and Todd Reisz, with audience participation.
The event is free and open to all. Please kindly confirm your attendance by registering here.

This film programme is an open-to-all component of the 2023 Night School, a four-week seminar led by Todd Reisz titled Make History.

These Silences Are All the Words (Madiha Aijaz, Pakistan, 2018, 15 min, courtesy of Uneza Aijaz)
An observational documentary on public libraries provides an entry point into present-day Karachi, where irredeemable changes feel imminent. While the libraries become a bastion for the literary tradition of Urdu, their frequent visitors lament the increasing dominance of English – a residual reminder of colonialism, partition and the ‘globalising’ present. Wrapped in quiet solitude, seated readers are shown hiding away from the hustle and bustle of urban life that can be seen outside.

How to Reverse a Spell: The Promise of an Archive (Yasmine Benabdallah, Morocco, 2022, 10 min, courtesy of the artist)
The film forms a speculative triptych traversing the disappearance of the Moroccan public archives, the colonial displacement of videos and, finally, a prayer for an apocalyptic solar flare that can return things to how they never were

A History of the World According to Getty Images (Richard Misek, Norway/UK, 2022, 19 min, courtesy of the artist)
A montage of some of the last century’s most iconic images forms the basis of an investigation into the power that commercial image archives hold over our shared cultural memory, and an attempt to reclaim a few fragments of their collections from corporate control.

Time Capsule (Jan Ijäs, Finland, 2016, 21 min, courtesy of the artist and AV-arkki)
Belgian artist Louis de Cordier bought a piece of land at 2,000 meters in the Spanish Sierra Nevada and built an underground library and a seed bank for non-genetically modified plants. The books on art, science and spirituality that he aims to preserve for the next 2,000 years are his own selection, but anyone can send him books. “Libraries are still the best way to preserve the important aspects of man’s written inheritance for the future, not DVDs, hard disks, chips or the internet.”

Hind Mezaina is an artist, writer and film curator from Dubai. Working primarily in analogue photography and more recently in video, her practice delves into themes of collective memory, the notion of heritage, and depictions of the UAE in the media. Mezaina is also the founder of The Culturist blog; Moving Image Editor at Tribe, a non-profit publication and platform that focuses on photography and moving image from the Arab World; and the co-founder of Tea with Culture podcast.
She has curated film screenings for local institutions, including Louvre Abu Dhabi, Manarat Al Saadiyat, Sharjah Art Foundation, The Africa Institute, Alliance Française Dubai, and Jameel Arts Centre.

Image credit: Still from A History of the World According to Getty Images, Richard Misek, 2022. 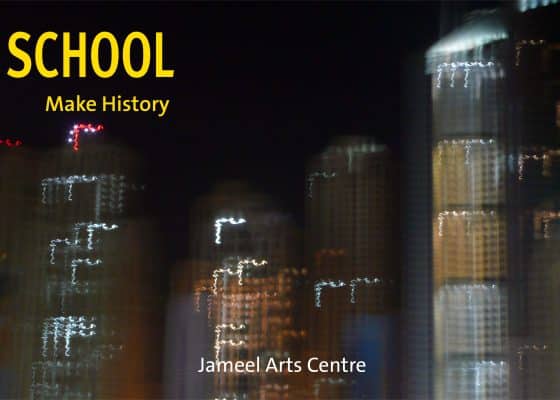 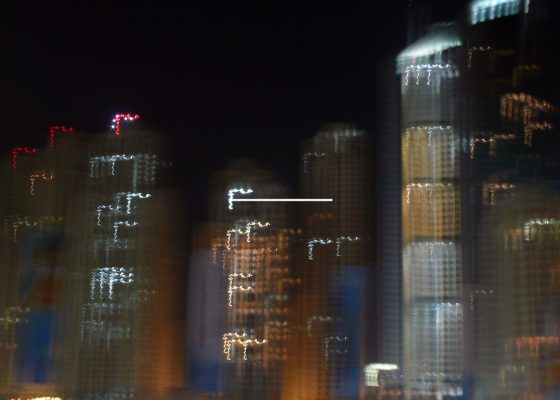