Jameel Arts Centre kicks off its 2023 public programmes with two performance-focused events, presenting a spoken word piece by Jumana Emil Abboud and the Water Diviners IV on January 15, 2023 as well as a lecture performance by artist Hussein Nassereddine.

On Saturday January 21, Beirut-based artist Hussein Nassereddine leads a lecture performance in Arabic exploring the potential of language to create unstable monuments, and poetry as a point of access to long disappeared places and people. The lecture performance ties into his work A Few Decent Ways to Drown currently on show as part of the group exhibition ‘An Ocean in Every Drop’ till April 2, 2023.  The lecture performance will be accompanied by live English subtitles.

laughing on the river, your eyes drown in tears

In this lecture performance, Nassereddine narrates, (as if narrating to those gathered around water) stories of bygone poetry, and poets whose jaws were brimming with marble.

During the endless desert nights, waves of the sea washed over the poets’ bodies, they then turned into silver shimmering atop the ponds. It resembled the glimmer of rivers in kingdoms that emerged centuries later, adorned by the greenery of extravagant gardens.

Tears turned to ponds, and the ponds dissipated over time. Nothing remained of them but the wet voice of the poet, and the records of librarians in dry books, and what the historians had written on papers flooding with the blue of rivers and springs.

Hussein Nassereddine lives and works in Beirut. His work in installation, writing, video and performance originates from a practice around language that builds fragile monuments – some verbal, some sonic, some tactile – rooted in collective histories and resources of poetry, ruins, construction and image-making. Nassereddine participated in Ashkal Alwan’s HomeWorkspace program in 2018, and in 2020, he published “How to see the columns as palm trees”. the seventh book in the “Kayfa ta” series. 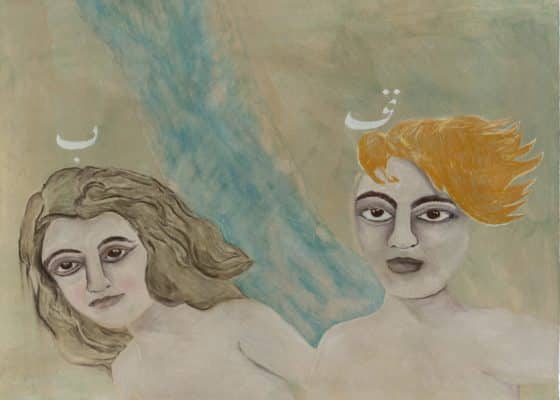 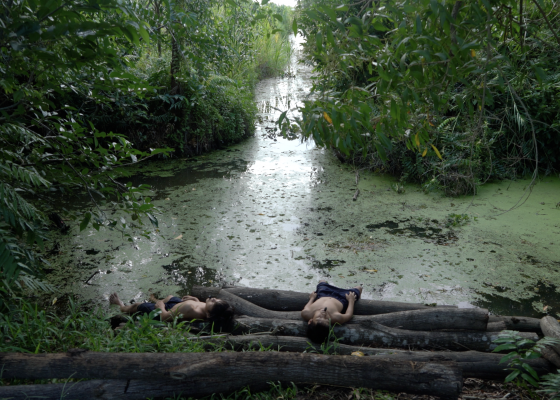 An Ocean in Every Drop 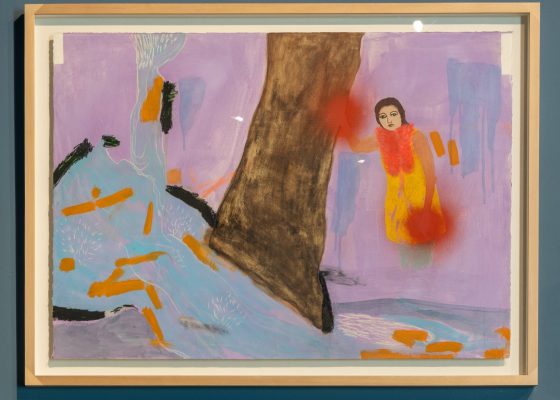