A performance lecture by Ali Cherri

Building on Cherri’s longtime exploration of the relationship between civilization and landscape and the role of archaeology in constructing foundation myths, Water Blues takes mud as the starting point through a journey into different stories around swamps, drowning but also resurrecting.

Mud fascinates as both material and metaphor. Its transformation into material for construction is a process as old as humanity. Very few spaces translate the periphery of human existence as well as the swamps where mud occurs. Neither completely soil nor completely water, muddy swamps have long been considered as dreaded areas, enigmatic and ghostly places that cause death and sickness. Many of these mud-sites are literally geo-political swamps, where economic forces have converged to create ecological disasters that inundate entire villages and their histories. The imaginary around mud embodies this in-between state; a ground favorable not only for natural resources, but also for imagination, and since the myth of Adam, for creation.

RSVP for this event

Ali Cherri (B.1976) Lives and works between Paris, France and Beirut, Lebanon

Ali Cherri works across film and installation. His work deals with the psychological repercussions of war, trauma and the paradoxical realities produced through living in an urgent, unpredictable and ever-changing state. Cherri’s recent projects investigate the circulation of archeological objects and their role in constructing historical narratives. His work often blurs the boundary between fact and fiction by employing essayistic and autobiographical narratives.  Recent exhibitions include 5th Ural Industrial Biennial of Contemporary Art (2019), ‘Statues Also Die’, Fondazione Re Raubedengo (2018), ‘Tales from the Riverbed’, Clark House (2018), ‘Dénaturé’, Galerie Imane Fares (2017), and ‘A Taxonomy of Fallacies: The Life of Dead Objects’, Sursock Museum (2016). 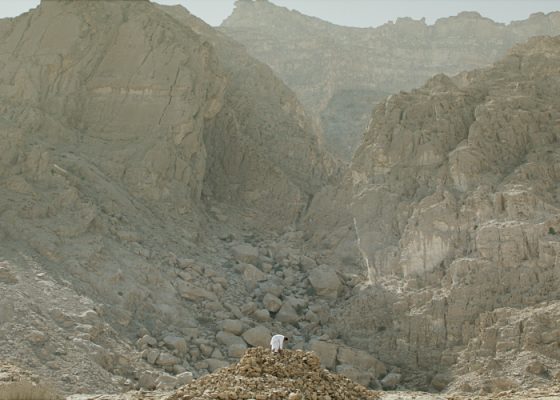 Film: The Digger by Ali Cherri