In her practice, Shuruq Harb looks peripherally at the dispossession and oppression faced by Palestinians, tracking the kinds of dreams, hallucinations, psychological symptoms, and impulses their brutality and fragmentation creates.

Mixing personal anecdotes with theoretical and critical reflection, Harb takes us through her practice as an artist, filmmaker and writer, reflecting on the making of her first major solo exhibition ‘Ghost at the Feast’ at Beirut Art Centre this summer. The exhibition brought together works spanning the last ten years of her practice, including The Jump (2021) and The White Elephant (2018) both currently screening at Jameel Arts Centre. Unable to travel to Beirut, the exhibition came together through distance and opened during a time of political and social turmoil in both Palestine and Lebanon.

Shuruq Harb is an artist, filmmaker and writer. She is the co-founder of several independent art initiatives such as ArtTerritories (2010-2017) and The River Has Two Banks (2012-2017). Her artistic practice focuses on online visual culture and traces subversive routes for the circulation of images and goods. Her film The White Elephant received the award for best short film at Cinema du Reel Festival in Paris, 2018, and was shortlisted for the Hamburg International Short Film Festival, 2019. Most recently she published her first short story “and this is the object that I found” (2020) at Mezosfera. Her solo exhibition Ghost at the Feast at Beirut Art Center opened in June 2021.

Prior to the talk, a special screening of Shuruq’s award winning film The White Elephant will be programmed alongside The Jump from 5pm-6pm

The Jump by Shuruq Harb 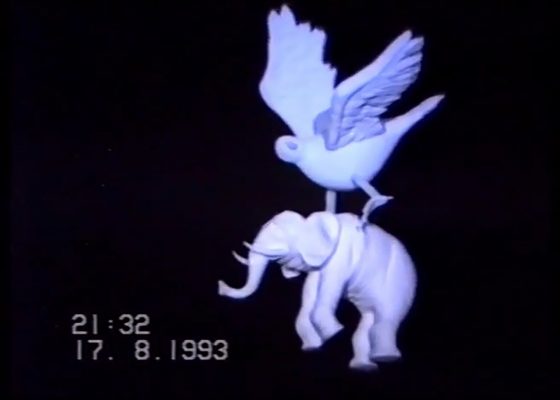 The White Elephant by Shuruq Harb