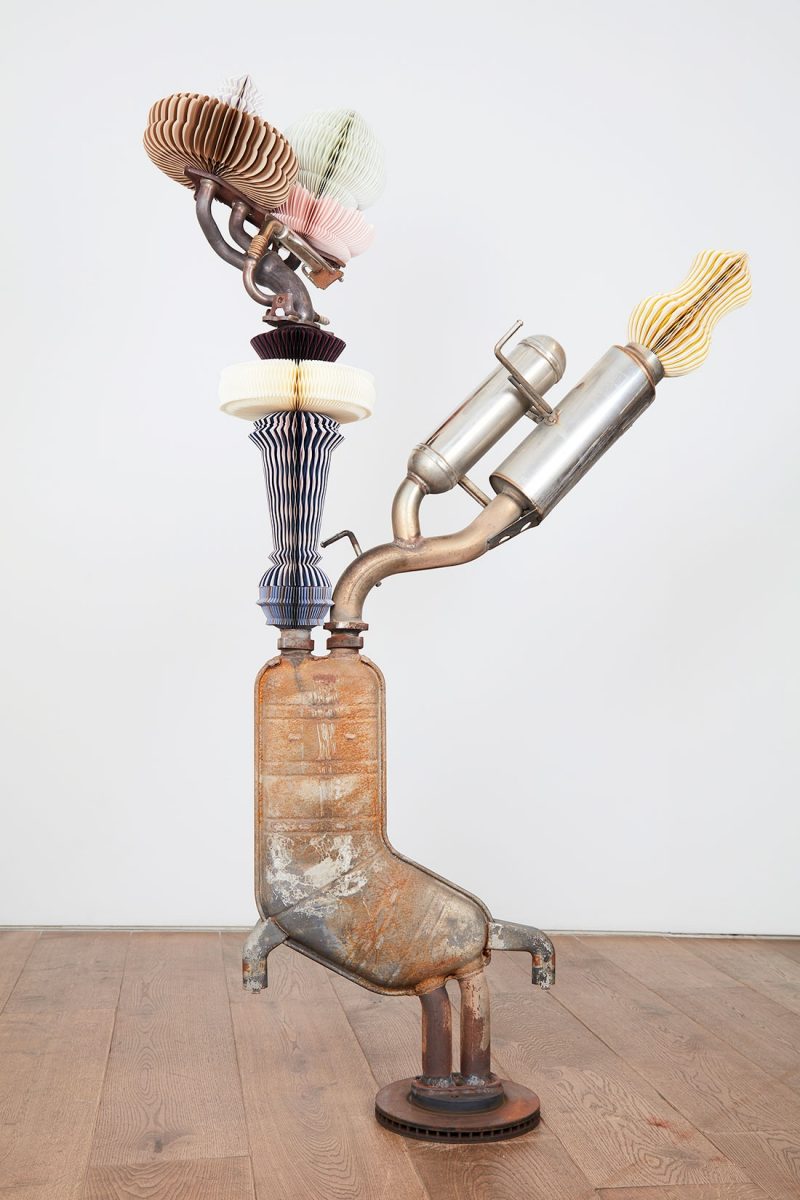 Keita Miyazaki’s sculptures and installations feature materials whose combination suggests an original and unfamiliar visual language. Discarded car engine components are welded together to conjure up exotic vegetation or sci-fi creatures. These metal parts are then attached to richly coloured folded paper shapes, creating sculptures of fascinating contradiction and a unique aesthetic that appears at once automated yet also natural in their organic features. Drawing on the artistic legacy of his home country, the kaleidoscopic floral forms are crafted in traditional Japanese techniques and material. Through the juxtaposition of a hard, metallic edge with vividly coloured, delicate origami, these unconventional hybrids escape formal design, rather evoking a sense of post-apocalyptic reconciliation.

Keita Miyazaki (b.1983, Tokyo) lives and works between Tokyo, Japan and London, UK.

Utopia and dystopia merge in Keita Miyazaki’s practice. Aligned with artists who reutilize discarded elements of the industrialized world, he has forged his own path, coupled with an aesthetic that combines both Oriental and Western influences. His works feature materials whose amalgamation suggests an original and unfamiliar visual language. Through the juxtaposition of a hard, metallic edge with vividly colored, delicate origami, these unconventional hybrids escape formal paradigms, and evoke a sense of post-apocalyptic reconciliation.