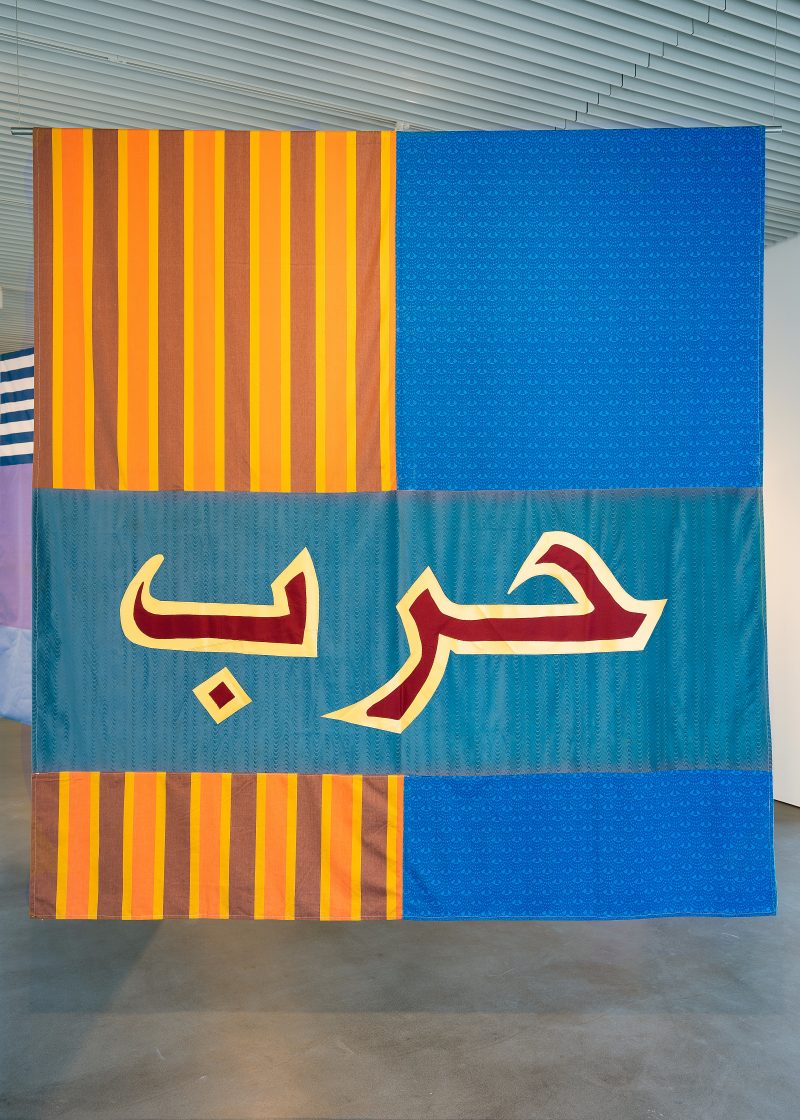 Mounira Al Solh’s work focuses around two themes central to her practice; the violent and sometimes absurd force of political events on personal lives, and the form and function of language and meaning making. Sama/Ma’as – Bahr/Harb (Sea/War) is a visual play on root words in Arabic, conceived when Al Solh was researching languages. Its inspiration lies in the lecture Kalamon by sociologist and historian Ahmad Baydoun on the Arabic language, written in Lebanon during the war in the 1980s. The work is a representation of how flipping three-letter roots of a word in Arabic results in contradictory meanings.

Mounira Al Solh (b. 1978) lives and works between the Netherlands and Lebanon.

Mounira Al Solh’s practice embraces painting, embroidery, performative gestures, video and video installations. Irony and self-reflectivity are central strategies for her work, which explores feminist issues, tracks patterns of microhistory, is socially engaged, and can be political and escapist all at once. Al Solh studied at the Lebanese University, Beirut, the Gerrit Rietveld Academy, Amsterdam, and was resident at the Rijksakademie, Amsterdam (2007-8). Her most recent exhibitions include solos at the Art Institute, Chicago (2018), SALT, Istanbul (2016), KW Institute for Contemporary Art, Berlin (2014), plus participation in dOCUMENTA 14, Athens & Kassel (2017); 56th Venice Biennial, Italy (2015); New Museum, New York (2014); Homeworks, Beirut (2013); and the 2009 Istanbul Biennial.