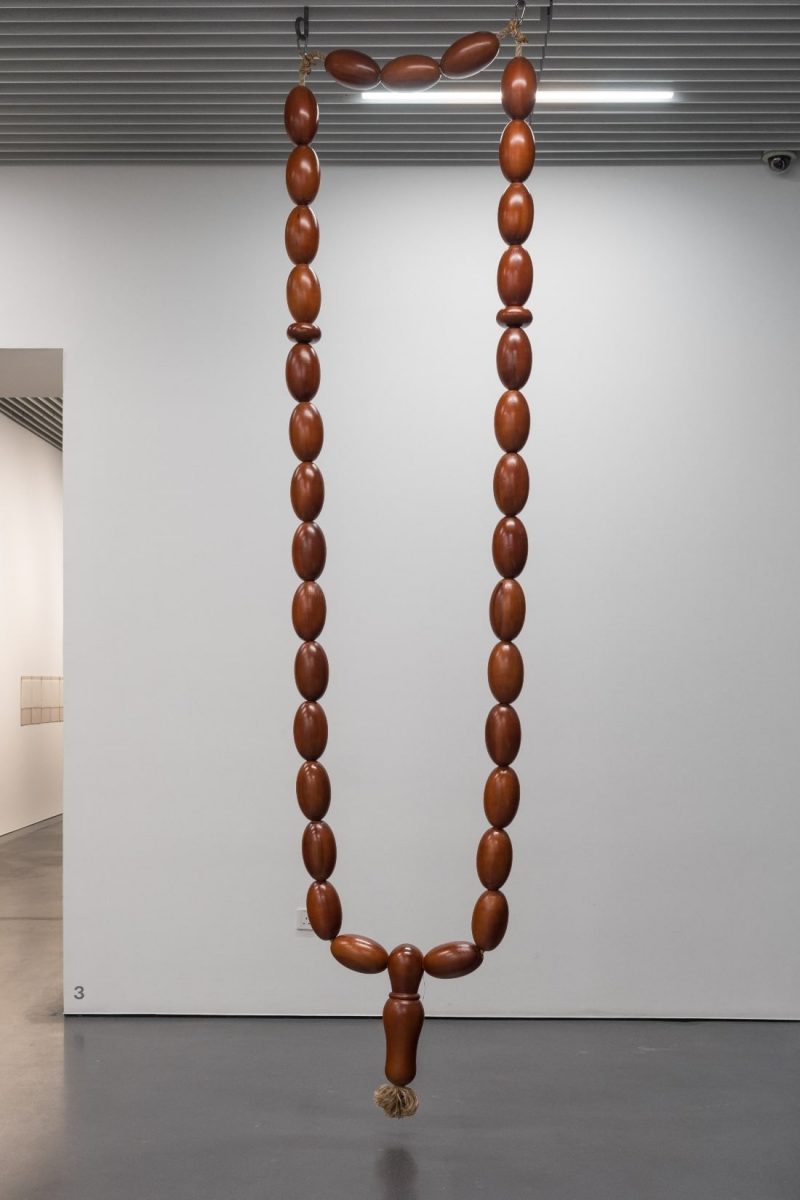 PraySway (brown) is a giant set of prayer beads that functions as a swing. In the most physical way, the viewer lifts off, suspending disbelief, and swings between binary opposites—and previously un-reconciled pairs. The sacred swings into the profane, Orient into Occident, rigid formulas into contrary positions, and staid academic dogmas into non-invested open-mindedness. This is not simply about moving between opposites, but also about occupying both ends of the spectrum, and pushing the walls of interpretation.

Slavs and Tatars explore hospitality and translation in their work. They aim to create work that continues to have a disruptive function, but without being immediately identifiable as such. PraySway (brown), for example, can be touched or swung upon; the artists recognise and cultivate this sense of ambiguity and uncertainty within their work.

Slavs and Tatars is an art collective devoted to an area east of the former Berlin Wall and west of the Great Wall of China known as Eurasia. Their practice is based on three activities: books, exhibitions and performative lectures. Slavs and Tatars’ most notable solo exhibitions include Albertinum, Dresden (2018); CCA Ujazdowski, Warsaw (2017); Dallas Museum of Art, Texas (2014); and Kunsthalle Zurich (2014). Their work has also been featured in the 8th Berlin Biennale (2014); Manifesta 10 (2014); and the 9th Gwangju Biennale (2012); and the Tate Modern, Centre Pompidou in Paris, Istanbul Modern among other institutions. Since they began as an informal reading group in 2006, they have since published 10 books, including Wripped Scripped (2018) and Molla Nasreddin (2017).