Proximity to the urban is a way to intimacy with place. Intimacy with place is a form of bringing that place into presence, into existence. Palestine: we see it as a seahorse shaped form and we relate to that. Is that it? Is that Palestine? Through her spatial and bodily interaction with Visualizing Palestine’s A National Monument—the topography of three-dimensional cities from Palestine pre-1948—and by inviting the audience to witness and be immersed with her, Joumana al Jabri brings the public closer to a Palestinian land often inaccessible.

This is a nascent form of communication within Visualizing Palestine’s body of work. This expressive and spatial medium experiments with ways of relating to existing visual tools already provided by Visualizing Palestine. This also meets Joumana’s personal explorations and questions on the fine line between understanding something, cerebrally, and embodying something.

Registration is required; space is limited. Free and open to all.

This intervention is part of an exhibition and series of events, a collaboration between Jameel Arts Centre and Visualizing Palestine.

Joumana al Jabri is co-founder of Visualizing Impact. She is a lifelong researcher in the realms of self-awareness and co-existence and their impact on societal maturity. Joumana’s work has been rooted in collaboration. She co-curated TEDxRamallah 2011 and co-founded Febrik.

Joumana has contributed to multiple publications including Al Manakh: Gulf Continued, and Creative Refuge, on creative processes in the context of Burj el Barajne Palestinian refugee camp, Lebanon. Joumana is a Synergos Arab World Social Innovator fellow 2014-2015 and a participant in the Wellbeing project 2016-2018. 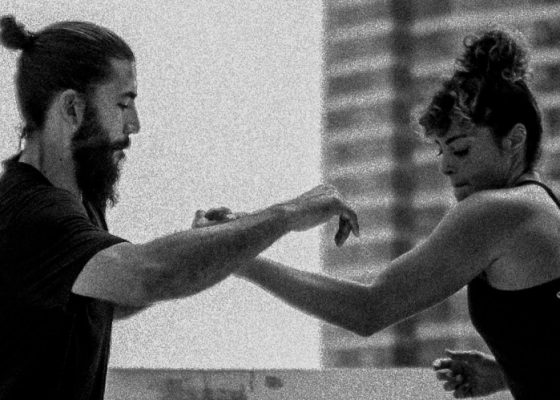